Inn is one of the buildable economic buildings in Majesty 2. The building serves as a place of refuge for heroes who needs healing or rest. Your Majesty also can form a party of heroes here, which will increases their effectiveness to finish a task flag rather than being alone.

In an Inn, heroes and commoners gather for their fill of bread and circuses. The quiet years of Great Rulers drastically increased the number of Inns in Ardania. A tradition was born that forbade violence within the walls of an Inn. In the years since, it was only broken once, during the dark days of Lunord's uprising. After that, the monarch codified the tradition into law.

Inns give visiting hero "Satiety" buff, which restores 2 health per second and lasts for 50 seconds.

Some Tips for the Party System[] 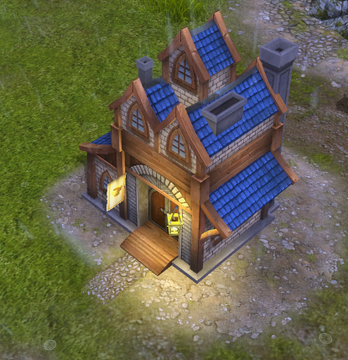 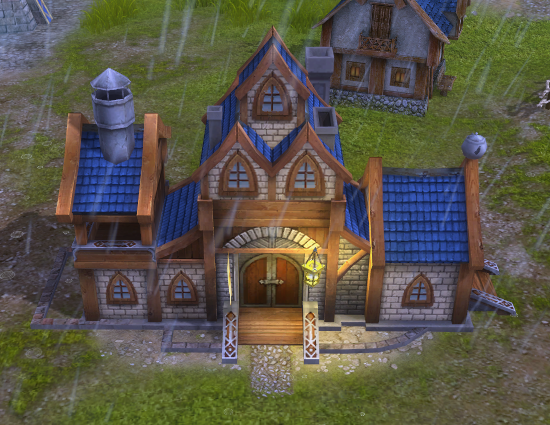