Rangers Guild is one of the five Standard Guild buildings where the Sovereign can recruit Heroes. Here Your Majesty can recruit Rangers - a great ranged combatant that excels in killing beasts and eager to explore the map for Your Majesty.

Since the time of the Great King, The Rangers Guild has decided to make a more permanent location for their members. As such, the Rangers Guild cannot move around the map anymore.

The simple tents of the Rangers Guild bely the power and influence of its heroes. Once it seemed as though the days of Rangers Guild were numbered: Ardania was united, its enemies defeated and the wild lands tamed. What sort of life was left for restless spirits of Ardania's pathfinders? The guild was saved by Allar Halfmein, the First Master of the Hunt. He persuaded the Monarch to sign a decree giving Rangers Guild status as the sole provider of Royal Cartography. Now all matters of land and territory need a stamp of approval from the Rangers Guild. 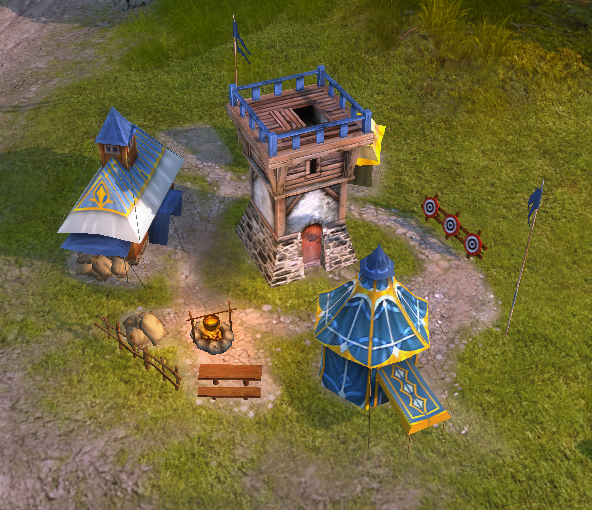 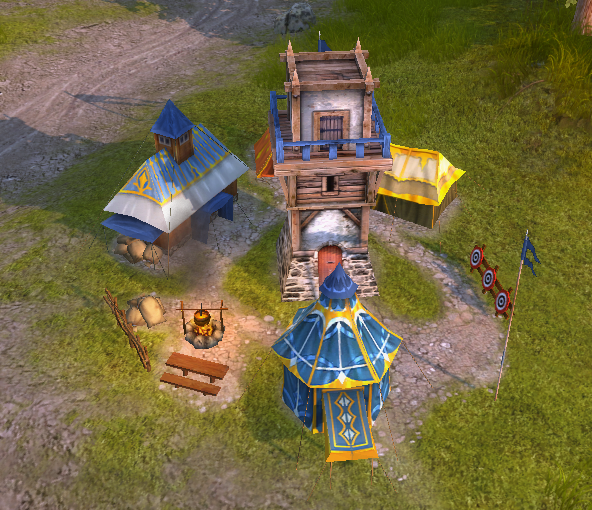 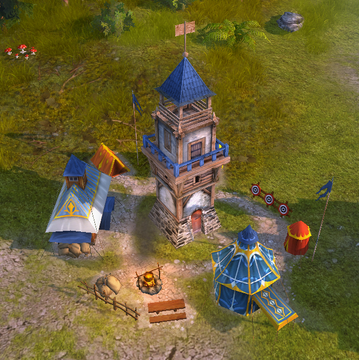