Temple to Dauros is one of eight temples in Majesty 2. These temples become buildable once the Royal Palace has reached level 3. This temple is home to Paladin - a powerful melee combatant that can take a huge amount of punishment and is also effective against undead.

A Temple to Dauros initially costs 3000 gold to build. and can house up to 2 Paladins for 1000 gold each.

When Lunord, the God of Wind, tried to seize power during his Uprising, he was thwarted by Dauros, the steadfast God of Law. When he fell, Lunord cursed the monks and paladins of Dauros, driving them to madness and violence. As they marched upon the aspect of Dauros in his Temple, their progress was blocked by the Grandmaster of the Warriors Guild, Seynar Broadshield and his companions. To reward his valor, Dauros granted Seynar Broadshield stewardship over his teachings. From that day hence, Sister Paladins were replaced by Brother Paladins. 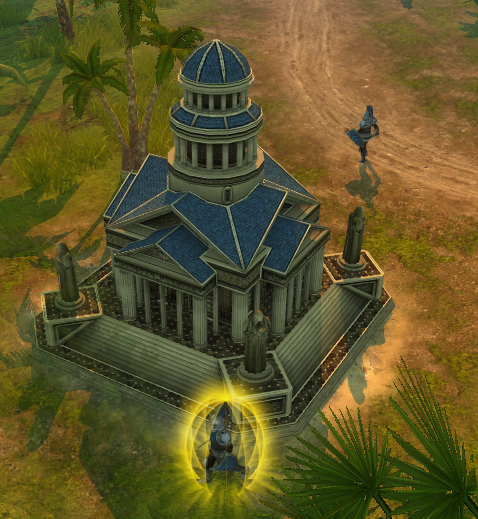