The Warriors Guild is one of the five buildable Tier 1 Guild buildings. The guild allows Your Majesty to recruit a Warrior - a valiant melee combatant that responds eagerly to attack defense flags.

A Warriors Guild initially costs 550 gold to build and can train up to 3 Warriors for 200 gold each. The guild can also give trained Warriors abilities to perform better in combat, and can help defending the town with the Call to Arms ability.

Thick stone walls, battlements, bright flags - the look of the Warriors Guild represents the dignity, valor and strength of those who dwell within it.

Traditionally, only those of noble blood could gain admittance into the Warriors Guild. In our dark times, recruits are rare, and the Guild has had to relax its standards (though certainly not its standards of courage). After years of harsh training, those with the martial prowess to survive are given weapons, a title, and a non-seasonal monster hunting. 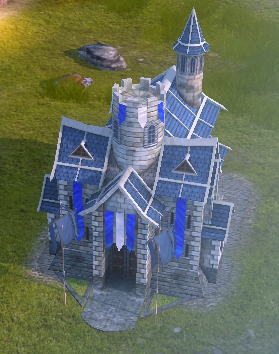 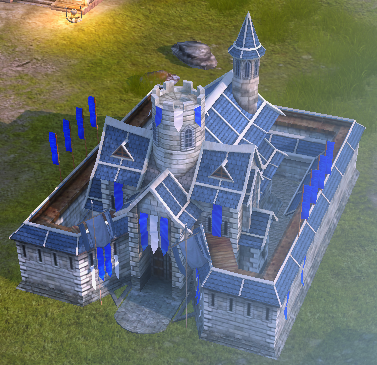 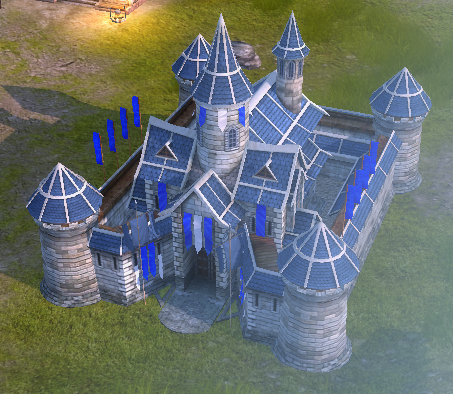